One of the biggest shopping events of the year in Saudi Arabia is the Saudi National Day, which takes place on September 23rd and is comparable to Black Friday in the United States. The following is an in-depth study of consumer behavior and leaflet offers during and around Saudi National Day, conducted by the team of Clicflyer.

Understand the timeline of the campaign – How are the flyers curated around ‘Saudi National Week’?

Top 8 Retailers of Saudi Arabia were considered to for the following analysis:

Amongst all segments, the segment which showed a drastic jump of 23.02% from Pre-national to National weeks and got added to the top segments list was Frozen vegetables.

Chocolates, Cookies and Biscuits, Detergent and Stain Remover, and Deli and Speciality Cheese were segments that were repeated during the Regular Weeks, Pre-National (BTS) Weeks and Saudi National Weeks.

Segments on which promotions reduced during Saudi National week

Promotional and Offer Flux During the National Weeks 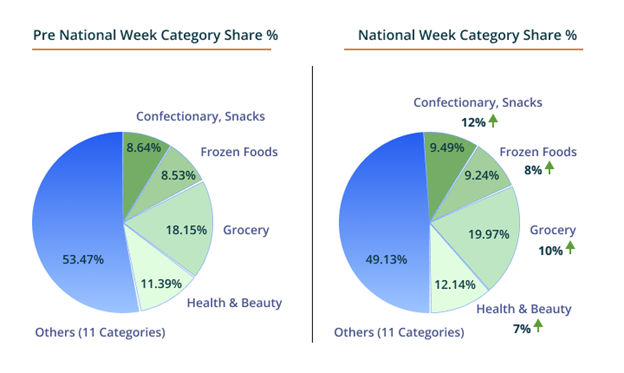 The highest growth was observed in Confectionery and Snacks which was 12% followed by a 10% growth in Grocery, 8% in frozen foods, and 7% in Health and Beauty. 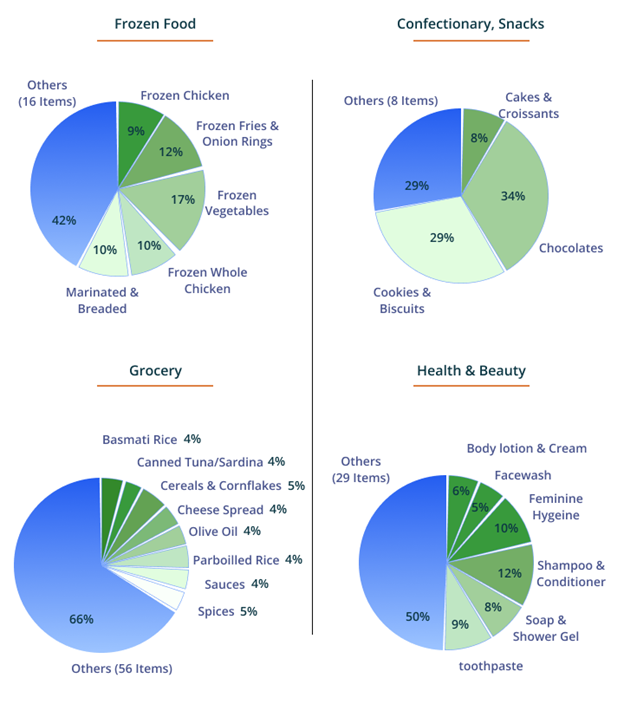 Expectations for 2022 during National Weeks

For above categories, user engagement increased significantly from Week -2 to Week 0 for National Day themed flyers.

2020 was completely impacted and 2021 was partially impacted by Covid-19, so promotions began only 2 weeks before the event. In 2022, we expect promotions to begin 3 weeks prior to Saudi National Day.
In 2021, supplement flyers like weekly flyers and weekend flyers were promoted. It is expected that additional flyers will be a part of the promotion scheme in 2022 as well.

Frozen foods (like whole chicken and vegetables) are going to be promoted more according to last year’s data.

ClicFlyer provides BI and Analytics solutions on promotions to Retailers and Brands Across the GCC. The ClicFlyer App has over 1 million active users in GCC with over 250,000 offers promoted on the app every month

We’ll shortly get back to you. Welcome to the Age of the Customer.

Watch how our app helps the user